If you need to print a line or two of text to a terminal window, Write-Host is the way to go. But if you need to write a paragraph or two, don’t expect Write-Host to help very much. Assuming you have these three paragraphs of text:

Here’s what Write-Host gets you: 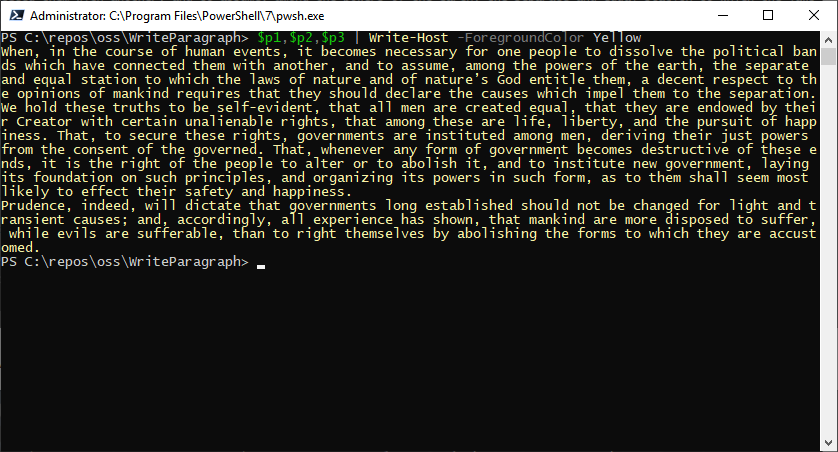 The biggest problem is that the text wraps at exactly the terminal window’s width, causing a high proportion of words to break in illegible ways. It works, but isn’t very readable.

Enter Write-Paragraph, the cmdlet specifically created for writing large blocks of text to the terminal window. Assuming the same three paragraphs of text from above, Write-Paragraph provides a significantly more readable result: 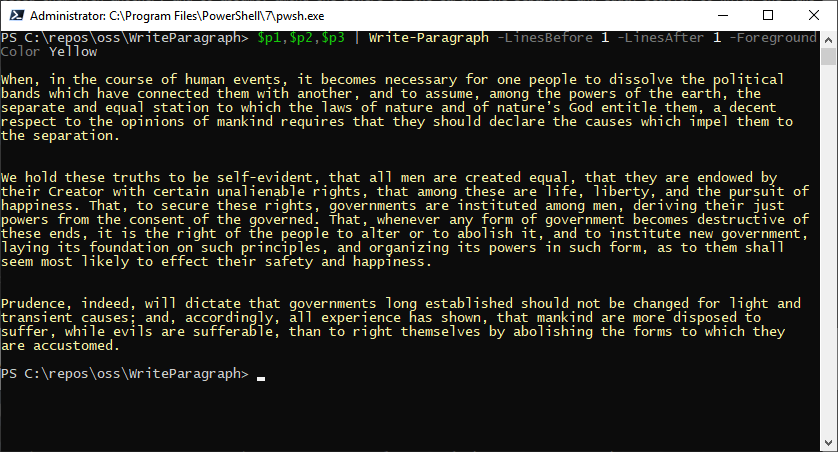 Write-Paragraph is just a simple wrapper around Write-Host that automatically inserts line breaks in between words and optionally adds extra line breaks in between paragraphs. It also allows you to wrap text at a width smaller than the current terminal window, by using the -MaxWidth parameter. Like Write-Host, both the fore- and background colors can be overridden. Write-Paragraph is available in the PowerShell Gallery. If you have any questions or issues, feel free to reach out or open an issue.